Uttar Pradesh is a land of culture, tradition, history, festival, black spell, agriculture, cuisines, and tourist spots. From ancient temples to national parks, wildlife sanctuaries, historic places, spectacular architectural marvels, massive forts, and scenic beauty, the state is rich in every sense. Uttar Pradesh is a place of worship and sacred ghats where millions of pilgrims come to take a bath every year. This is the place of holy river Ganga which is fertilizing the planes across the state. Not only Ganga, but Kashi Vishwanath (Lord Shiva) of Varanasi is also blessing millions of devotees every day. The state takes a sheer pride in its tourist attractions such as Taj Mahal, one of the seven wonders of the world, which is the top attraction not only in the state but also in the country. Let us know some interesting facts about Uttar Pradesh. 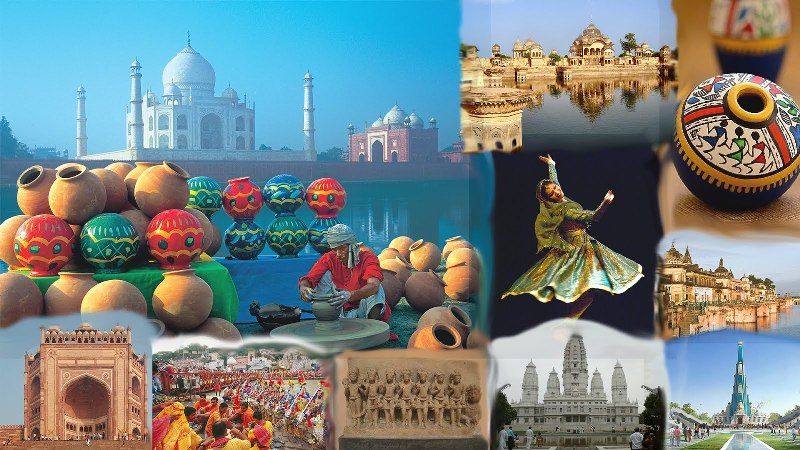 The first recorded human settlement in Uttar Pradesh took place around 70 or 80 thousand years ago. They lived as hunter-gatherers and spread all across the state.
Source: The Rise of Civilization in India and Pakistan (Book)

The Kingdom of Kosala, one of 16 Mahajanapadas was located within the modern boundary of Uttar Pradesh. Ayodhya, the capital of Kosala was the place where Lord Rama was born. Another Mahajanapada, Mathura was the place where Lord Krishna was born who played the key role in the Hindu epic, Mahabharata. Mathura is also within the boundary of Uttar Pradesh.
Source: Ancient Indian History And Civilization (Book)

3. Once Home To Most Powerful Empires

Uttar Pradesh has been home to one of the most powerful empires of the country; Magadh, Nand, Maurya, Kushan, Sunga, Mughals, etc.
Source: quickgs.com

4. A Tree From Heaven

The Parijaat tree is said to have been brought from heaven by Lord Krishna. The flowers of this tree change their colour.
Source: scrolldroll.com, Image: Flickr 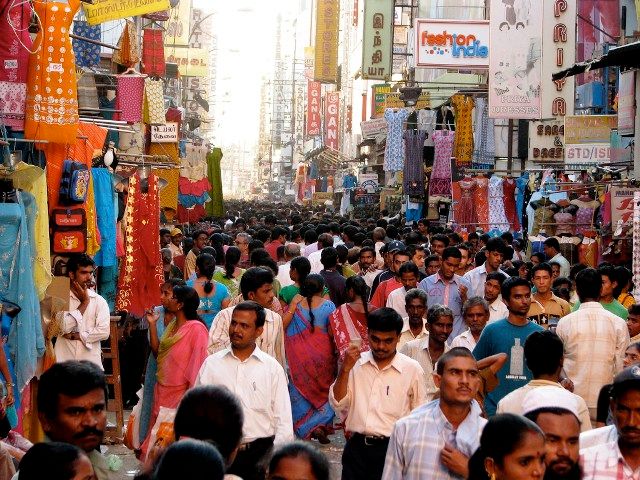 7. One Of The Largest Economies In India

As in 2016, the nominal gross domestic product of Uttar Pradesh is estimated at 15.79 lakh crore or $225 billion. It is the 4th largest economy in the country after Maharashtra, Tamil Nadu, Karnataka. In terms of purchasing power parity, it is the second largest economy in India after Maharashtra. Agriculture and Service sector contribute most to the state’s economy.
Source: prsindia.org

Uttar Pradesh is the only state which shares its border with 9 other neighbouring states; Uttarakhand and Himachal Pradesh in the northwest, Delhi, Haryana, Rajasthan in the west, Madhya Pradesh in the south, Chhattisgarh in the southeast, Bihar and Jharkhand in the east. It also shares its international border with the neighbouring country, Nepal.
Source: quickgs.com, Image: Wikipedia

10. Different Names Through The Last Century

11. Land Of Ganga And Yamuna

Uttar Pradesh is the land of the Ganga Yamuna doab region. The two main rivers of the state; Ganga and Yamuna flow through the state before emptying into the Bay of Bengal.
Source: mapsofindia.com, Image: picsnaper.com

12. The United Kingdom Is Not Bigger Than Uttar Pradesh

The area of the United Kingdom is equalled to that of Uttar Pradesh. The area of the U.K. is 242,495 square km and the area of U.P. is 243,290 square km (slightly bigger than the U.K.). It is the 4th largest state of India as per area.
Source: Wikipedia

Uttar Pradesh is famous and known for its unique culture. It has a variety of dances, festivals, gatherings, music, drama, cinema, etc. Kathak is a classical dance which originated in the state. Folk music called ‘rasiya’ which is very popular in Braj. Nautanki is the folk operatic theatre performance form of the state.
Source: uptourism.gov.in, GIF: makeagif.com

16. The State Of Legendary Artists 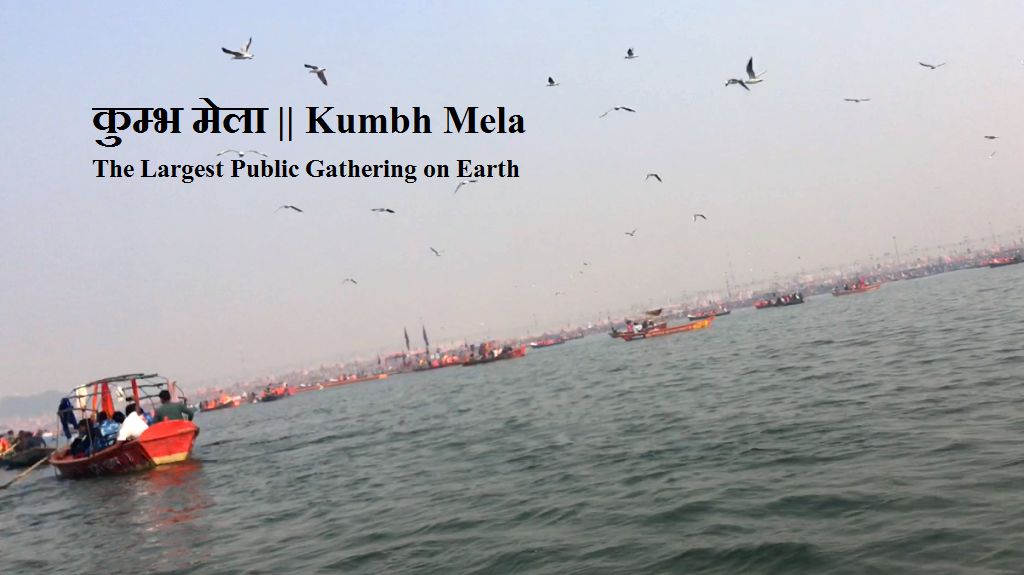 The world’s largest gathering known as Kumbh or Kumbha Mela (Fair) takes place here after every 12 years in Prayagraj or Allahabad. Millions of pilgrims come here to take a holy bath in the river Ganga from all over the world. Allahabad is one of the four holy pilgrimage sites where the Kumbha Mela is organised. In 2013, Allahabad Kumbh Mela registered 12 crores or 120 million human visits which is the largest human gathering in history.
Source: thebetterindia.com, Image: Ohfactmedia

Holi in Barsana is quite different from the rest of the nation. The festival of Holi starts 15 days before the Holika Dahan and lasts more than 20 or 25 days. Apart from Holi of colours, there is lath mar Holi (Holi with batons) which is quite popular at Barsana, in Mathura, Uttar Pradesh.
Source: indiatoday.in, Image: Wikimedia

Uttar Pradesh ranks at the top in tourism. Uttar Pradesh is visited by more than 7 million international tourists each year which is highest among all Indian states.
Source: hindipublic.com

Uttar Pradesh boasts to have the maximum number of Lok Sabha (80) and Rajya Sabha Seats (31) among all Indian States. The state Legislative assembly is situated in the capital city of Lucknow which has 404 seats and Legislative council has 100 seats.
Source: quickgs.com, Image: zeenews.india.com

Uttar Pradesh also boasts to have given the maximum number of Prime Ministers to the nation. It has provided 9 Prime Minister to the Nation; Jawaharlal Nehru from Phulpur, Lal Bahadur Shashtri from Allahabad, Indira Gandhi from Rae Bareli, Chaudhary Charan Singh from Baghpat, Rajiv Gandhi from Amethi, V. P. Singh from Fatehpur, Chandra Shekhar from Ballia, Atal Bihari Vajpayee from Lucknow, and Narendra Modi from Varanasi.
Source: quickgs.com

24. A City With Highest LIC Premiums

A western U.P. city, Shamli is said to have the highest number of LIC premiums.
Source: forbesindia.com 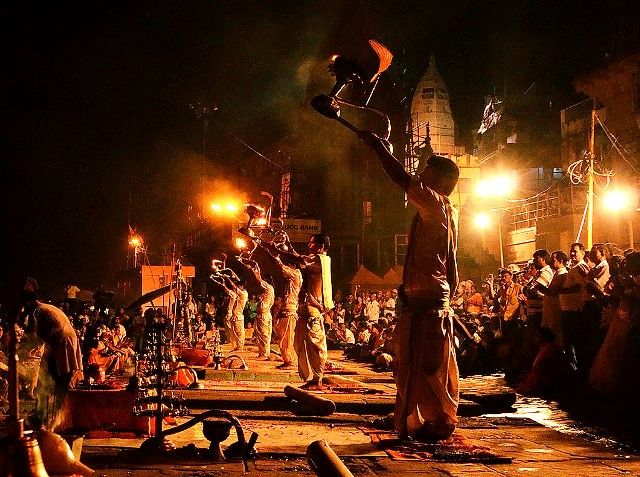 Varanasi is called the cultural capital of India. It is situated in Uttar Pradesh. The city is considered as one of the world’s oldest continuously inhabited cities. The city is famous for its temples and ghats of the river Ganga. The city is believed to be nearly 3,000 years old.
Source: news.bbc.co.uk, Image: theurgetowander.com

The wizard of Hockey, Dhyan Chand, the greatest hockey player in the history of the sport, was born in Allahabad, British India, now in Uttar Pradesh.
Source: quickgs.com, Image: Wikimedia

29. You Are Under Camera Surveillance 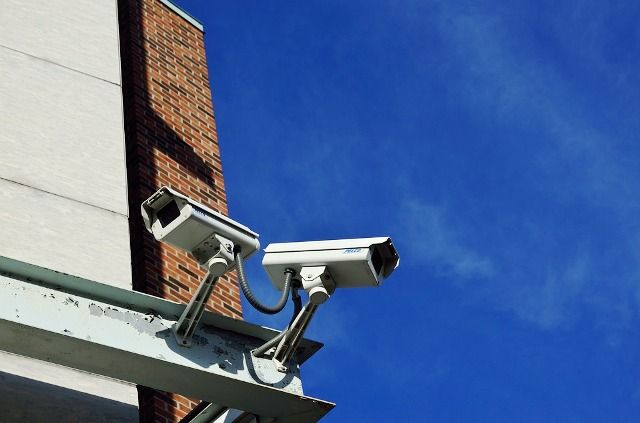 In the capital city of Lucknow, around 4000 CCTV cameras have been installed to stop crime.
Source: scrolldroll.com, Image: Pixabay

30. A Place Where Babri Mosque Demolished

On 6 December 1992, 16th century Babri Masjid or Mosque was demolished by Hindu hardliners in the city of Ayodhya, Uttar Pradesh. Since then, both communities are fighting for their holy architecture, however, the Indian Judicial system has taken this matter under its control.
Source: economictimes.indiatimes.com

As per 2016 reports, Uttar Pradesh ranked first among all Indian states in terms of criminal activities.
Source: ncrb.gov.in

32. State Of The Most Polluted Cities 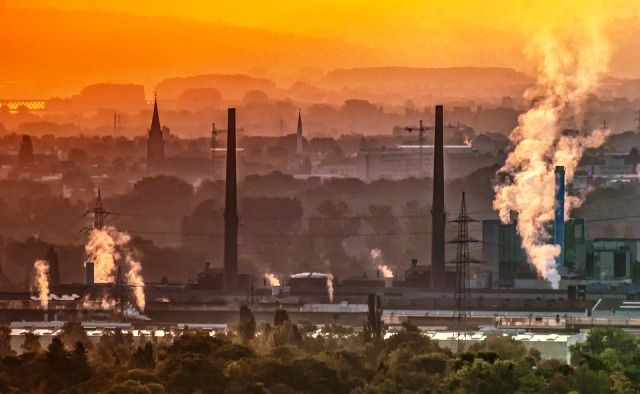 In the list of the most polluted cities in the world, India has 7 cities out of 10. Out of 7 cities, five are from Uttar Pradesh; Kanpur, Ghaziabad, Varanasi, Gurgaon, and Agra.
Source: ndtv.com, Image: Pixabay

Shukla Sundeep - November 25, 2015
0
According to some scholars World War II was a continuation of World War I with a break in between while some suggest that it...